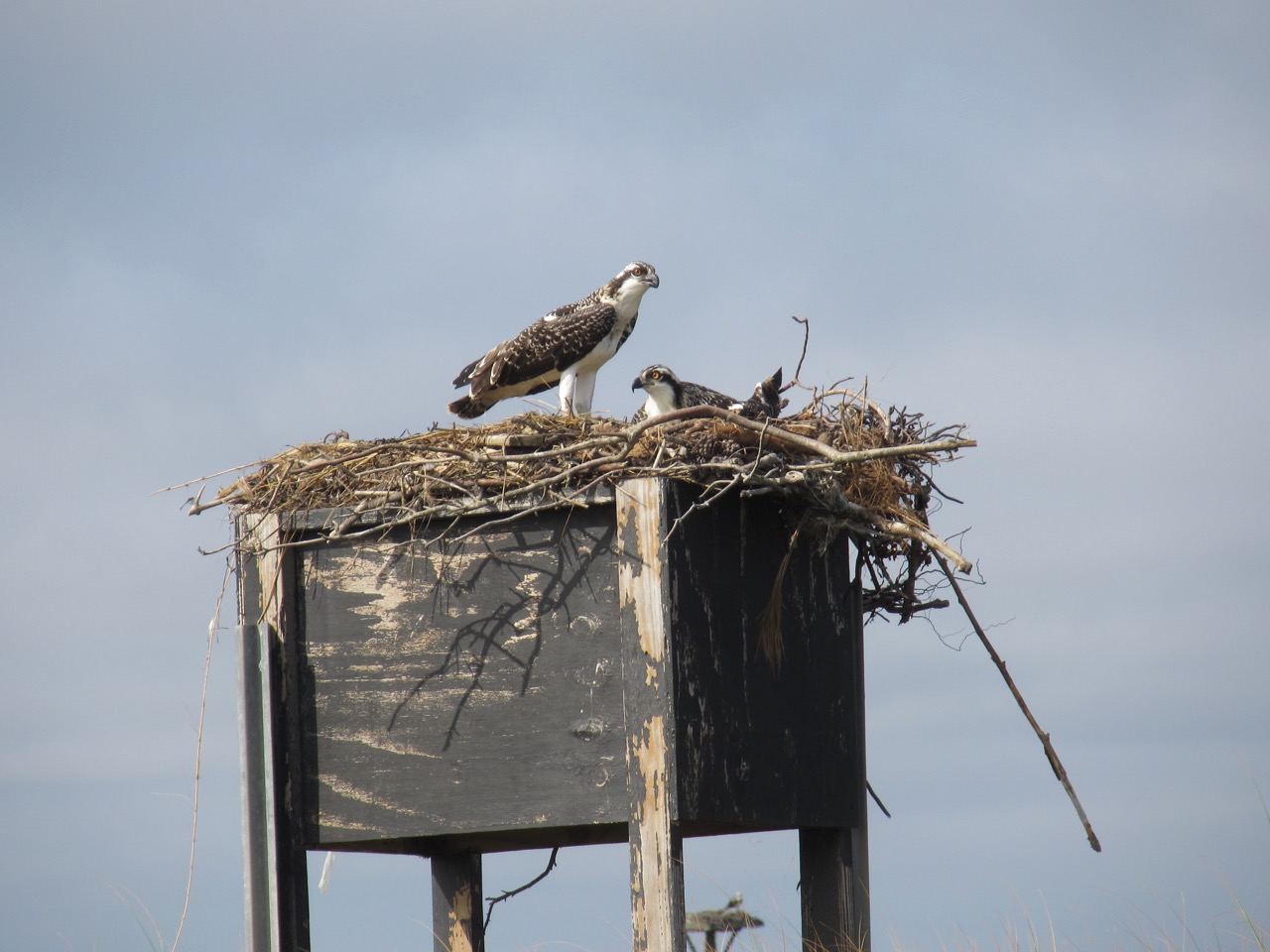 The family weathered the storm, easily. The adults clung to the nest with the babies under them, flat as can be. Would see them peak up every once in a while when the winds were 40 mph plus. Not sure what they did during the 50-60 mph winds, but they were just fine the next morning.

Both the chicks, Wilson and Gwen, were exercising this morning, doing Wing Flaps and Body Bobs. They are so much more coordinated. When they bob, they peer out over the edge of the nest looking like they are going to jump and fly.

Took a late after SUP drift past the nest, nice and easy. I tryed to make the osprey sound with little success. Whistled low and easy the pretty bird whistle and they looked right up. Guess it works with more than parrots! Betty the mom took off as usual, but the chicks stayed up instead of flatting out in the bottom of the nest.

Was able to take this picture of Wilson on the right and his sister Gwen chilling beside him from 20-30 feet away from their nest. A note; updated this post the next morning with above photo. This morning there were exercising their wings flapping them as if flying without leaving the nest, They did it for about 15 minutes on and off and then have been mostly quiet since then.

Attempted the same SUP drift the next day, Saturday the 8th. The whistle didn’t work too good. Pretty bird did better, got them to sit up and take notice which is the featured image on this post now.