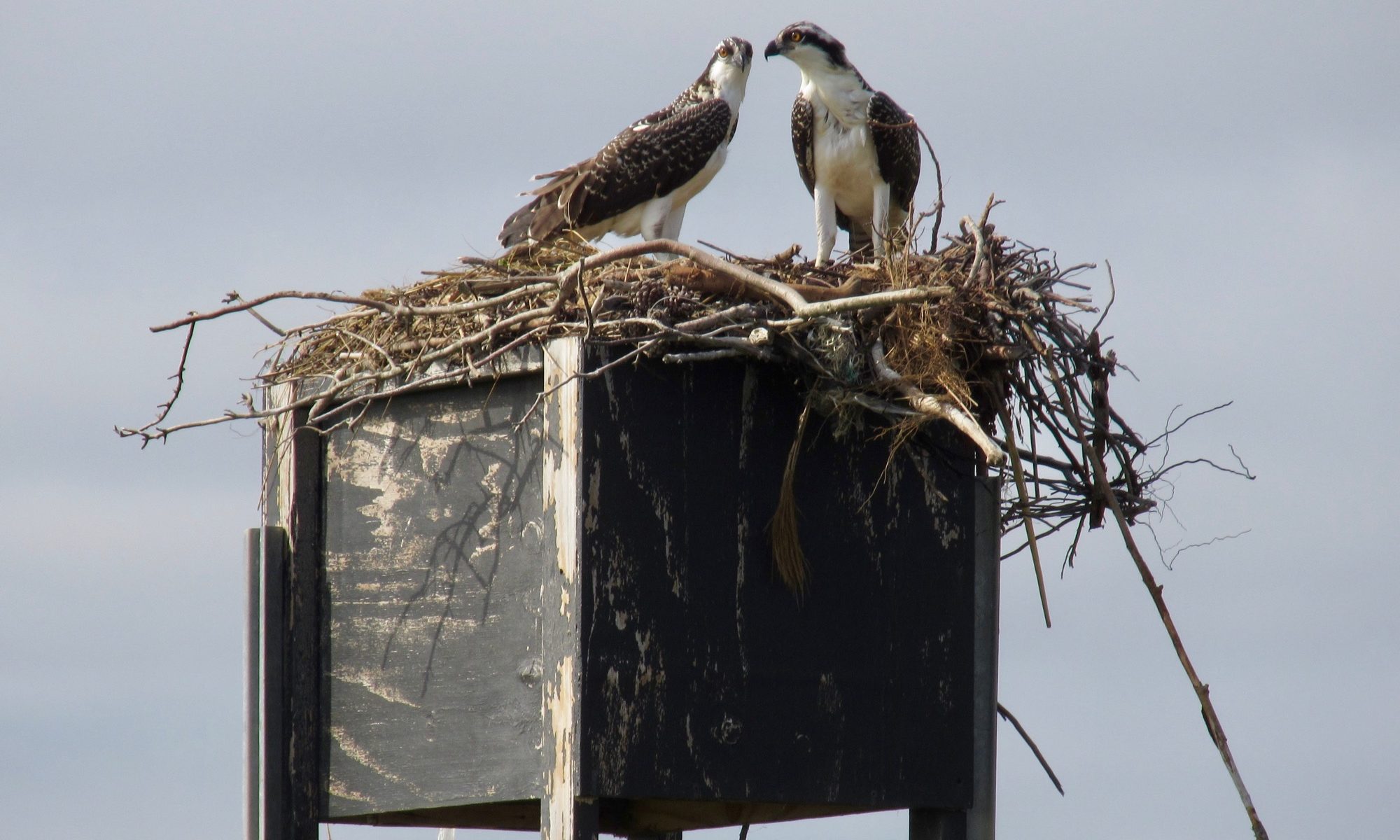 2 weeks ago on August 16th at 8-9 am on a quiet Saturday morning, my neighbor Paul called me to say he saw the young osprey fly! Wish I would have been looking, this is what he said happened.

In the week before they flew, they had been exercising their wings more and more. Just flapping away in the edge of the nest. They became stronger and noticeably more coordinated during that week.

Since then, they have been building strength, endurance and skill each day by flying and I mean flying a lot. They chase each other or other birds all around the meadows. They practice flying over marina and dive bombing to the water where they skim their feet in the water as if plucking a fish.

Seems when they are not flying, they spend a lot of time on the Electric and Telco wires that run behind the homes on Cottage Walk. Sometimes for exercise, other times to hang out and then sometimes to catch a nap.

All of the above is to build the energy, strength and endurance for the flight to the southern United States in the fall. Qwen and Wilson will fly south this fall and will not be coming back soon. Young Osprey stay down south for a couple of years and then come back to mate and procreate!

Mom and Dad should be back to do it all over again in the spring! The height of an Osprey nest is a good indicator of how many times a pair has returned.

The Gilgo nest at the east end of the marina was started this year so it a small structure. Take a look at the nest from the west side of Gilgo, it has been here for years.